Turning America Around: Part One 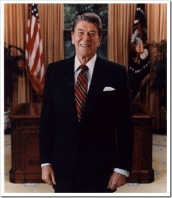 A great American philosopher once said: It’s Déjà vu all over again.  Although it’s a great line, my intent here is not to wax philosophic by quoting Yogi Berra.  The malaise in which America now flounders is Déjà vu all over again, as it is eerily reminiscent of the America of 1980 and the malaise in which the country was mired at that time.  Because the last thing they want are parallels being drawn between Barack Obama and Jimmy Carter, liberals will disagree, but the similarities are so striking they’ll have to split hairs to do it.  Very much the way Jimmy Carter split hairs over the definition of recession while debating Ronald Reagan in 1980.

Though I’m convinced the similarities between America in 1980 and America today are clear, I’ll illustrate them with several irrefutable examples.  Mind you, this is by no means a comprehensive list, we don’t have that much ink, so these are just a few examples:

The most striking and overarching similarity between America today and the America of 1980 is that the President of the United States in both cases is a weak liberal with a progressive agenda who apologizes for America at every opportunity; does not believe in American Exceptionalism; and whose policies drive the economy and the nation further and further into the ground every day.

In 1980 there began to be glimmers of hope which, at the time, prognosticated a significant turnaround in America.  It would be a turnaround that would save America, and alter our national course for the next 25 years.  They are not yet evident in America today; after all, identifying prognostications as they occur is a dicey thing without the benefit of history’s hindsight.  But, we can now look back at 1980 and identify some of those hopeful glimmers which began indicating the changes to come.

This article is an Introduction to a Six Part series which draws parallels between America today and the America of 1980. As in 1980, there began to be glimmers of hope which were predictors of the change that was to come; change which saved America. In this series, I identify indicators which are, quite possibly, present precursors of a turnaround to come.